There is a fair chance that Rotterdam is going to be the prime supplier for Team NL at the 2020 Olympic and Paralympic Games. No fewer than 50 athletes are in the race to qualify for Tokyo, or have done so already. Driving its ‘010 on the move to Tokyo’ campaign, Rotterdam is showing that the city supports the athletes making their Olympic dream come true next summer. On the initiative of Rotterdam Topsport, various parties are joining hands to provide both financial and practical help. Rotterdam Make It Happen, also when Olympic dreams and medals are at stake!

In order to provide just that bit of extra support, Rotterdam Topsport – together with some sponsoring partners – has set up a campaign: ‘010 on the way to Tokyo’. This initiative was started in the summer of 2019 during the Entrepreneurs Breakfast in the Burgerzaal of the townhall at Coolsingel. Businesses can partner with the ‘010 on the way to Tokyo’ initiative by donating the appropriate amount of 2,200 euro, which is symbolised by the purchase of a well-filled Official Partner Box 2020. In this way, the sponsoring businesses are coupled to one of the fifty athletes who are hoping to secure Olympic medals at the Games in the coming summer.

Tokyo is the decisive event

Judo player Marhinde Verkerk (1985) is one of the fifty top-level athletes who are cherishing the dream to participate in the Tokyo 2020 event; and more! She is among the four Rotterdam Topsport ‘heroes’, the city’s sports ambassadors who inspire with their strong motivation and willingness to innovate and push boundaries, and who are ready to give everything it takes to reach the highest spot on the podium. And along those lines, they also are a symbol for the values of Rotterdam Make It Happen.

Verkerk is fighting to secure admittance to the Olympic Games for a third time. She has featured in the world of top-level sports for twelve years now and has won practically everything. However, an Olympic medal is still missing. So, Tokyo will be the decisive event. Just one thing… the Netherlands have another impressive candidate in the weight class up to 78 kg – Guusje Steenhuis from the province of Brabant – and only one of the two judokas can fill the single slot. The Judo Association will be making a decision after the European Championship in May and Verkerk herself estimates her chances at fifty-fifty.

‘Everything is available here’

In 2009, in a crammed and euphoric Ahoy, the Rotterdam judoka became the world champion in her home town. Verkerk has remained loyal to Rotterdam: ‘This is my safe haven and we, the athletes, are very well facilitated.’

She is training with Chris de Korte’s Topjudo Rotterdam in Hoogvliet and following a nasty shoulder injury, Verkerk swims every week in the 50 m competition pool at Zwemcentrum Rotterdam (Zuidplein), which was opened in 2018.

‘Everything is available here, ranging from the power training facility – where I can go on the bike – to physical care such as sports massage and physiotherapy. I have everything ready at hand here; all is simply well organised.’

She says that the sports people are effectively guided so that they can achieve optimal performances, also in other domains. By way of example, she highlights the support provided in the field of social media. Within the context of the ‘010 on the way to Tokyo’ campaign, the top-level sportspeople can turn to Rotterdam Topsport and RauwCC, one of the sponsoring partners, for coaching and advice about the best way to deploy Facebook, Twitter, LinkedIn and Instagram for their PR and career, also after having discontinued their top-level sports activities.

The ‘010 on the way to Tokyo’ initiative has coupled Verkerk to a Dutch affiliate of Tsubaki, a major producer of industrial chains: ‘A Japanese business. They have deliberately chosen me and judo, because this is originally a Japanese sport and also because the Olympic Games are going to take place in Japan. It’s all very exciting and when we first met, I noticed the enthusiasm of the Tsubaki people. And if I go to Tokyo, they are sure to show up.’

Following the achievements with intense attention

Another business that supports ‘010 on the way to Tokyo’ whole heartedly is Adminibel. This administration office has opted for the sponsor-box of baseball player Kevin Kelly. The Curaçao Neptunus pitcher has been playing for the Dutch Royal team for ten years. Baseball will be reintroduced to the 2020 Olympic Games for the first time since 2008 and Kelly is intent on joining the occasion. Participation must be secured in April during the Olympic qualification tournament in Taiwan.

Adminibel director Micol Uittenbogaard-Caarls enthusiastically follows Kelly and the national team. ‘Let’s face it, you follow the games with more interest and excitement when someone you know is participating. We have not met yet, because Kelly is now intensively preparing for the qualification, but we maintain regular contact, especially through WhatsApp.’

‘We have opted for Kevin Kelly, because we have been visiting Neptunus for quite some time. We were in favour of a sportsman who exudes excellence and distinction. In his case, this is to do with his role as a pitcher, who controls the game; you are either the hero or the loser. Furthermore, Kevin manages to pitch with an outstanding speed.’

Adminibel has been active as a sponsor in the Rotterdam sports world for a longer time; ‘Sparta and Excelsior first, but eventually we thought soccer was too large and mass-oriented. Therefore, some time ago we made the switch towards Zeeuw & Zeeuw Feyenoord Basketbal while we are also participating in ‘010 on the way to Tokyo’, which is more personal. You really support an individual athlete to pursue their dream.’

Rotterdam Topsport has analysed beforehand what sport people need on the run-up to the Games. ‘Then it became evident that there all kinds of issues: transport problems, costs of accommodation, purchase of clothing, dealing with social media, additional training etc.’, says Fred van Duijvenbode of Rotterdam Topsport. ‘Businesses are providing financial support through the sponsor box action, but by engaging our network, we can also support the sportspeople with a host of practical matters and products.’

Van Duijvenbode notices that enthusiasm is impressive; only a few boxes are available. ‘It is great to see how exciting it all is for people and how connections are made between businesses and ‘their’ athlete. We act as a kind of intermediary by selling the boxes, making the connection between the businesses and the sports people and also by providing practical and theoretical advice afterwards.

Chemistry happens quite rapidly. You also see much pride; pride with the business, feeling connected with such a good athlete and guiding him or her towards Japan, and pride with the athlete, who experiences recognition and appreciation.’

During the months to come, it will become increasingly visible that the whole city – not just the businesses but the citizens as well – backs up the sportspeople. As we are heading for Tokyo, pictures of the sports people will be featured throughout Rotterdam in the shape of posters, billboards and street art.

Support the Rotterdam sports people, read their stories and follow their achievements on www.010opwegnaartokyo.nl and through #010toTokyo 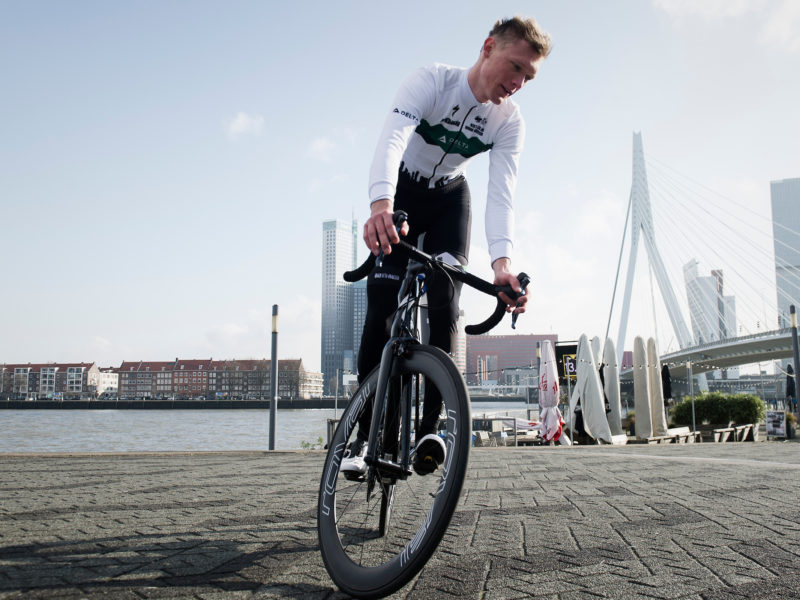 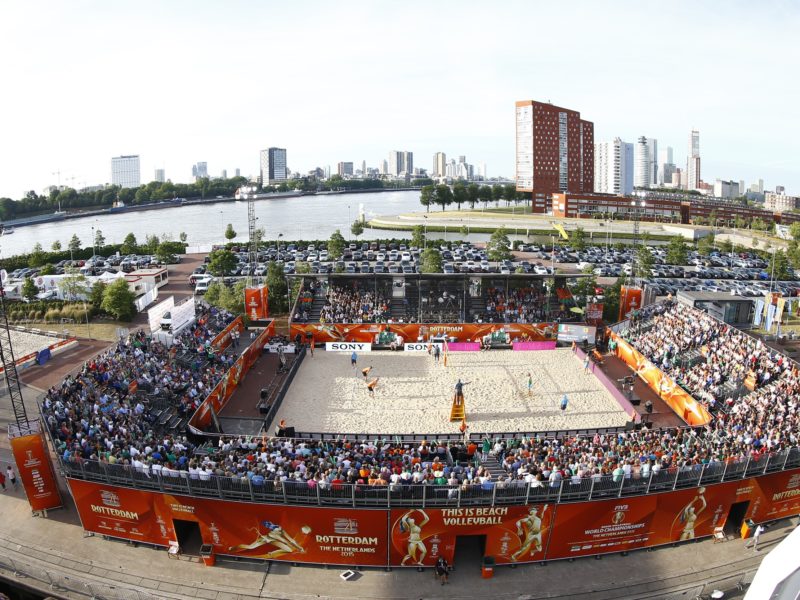 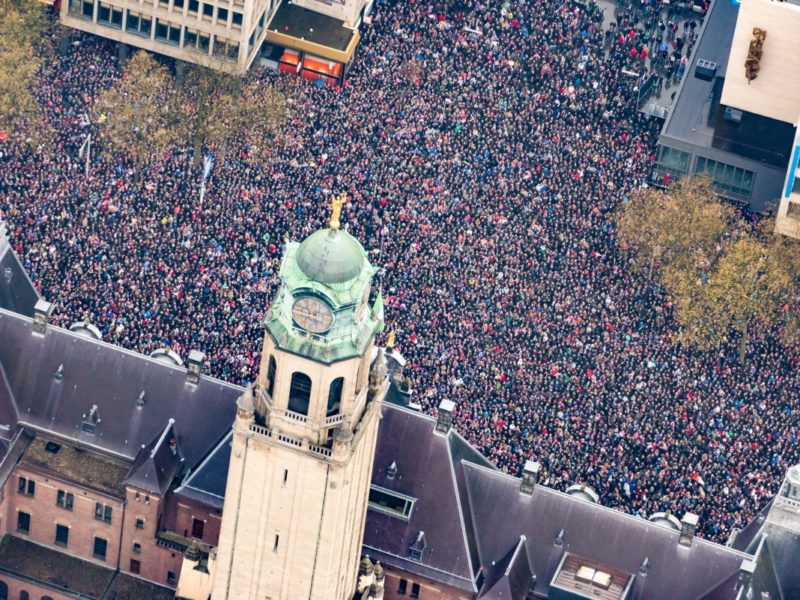 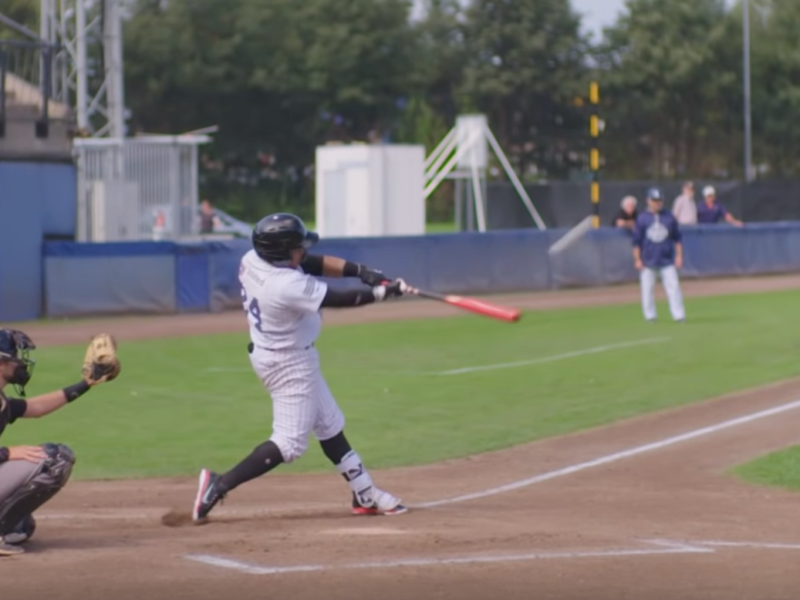 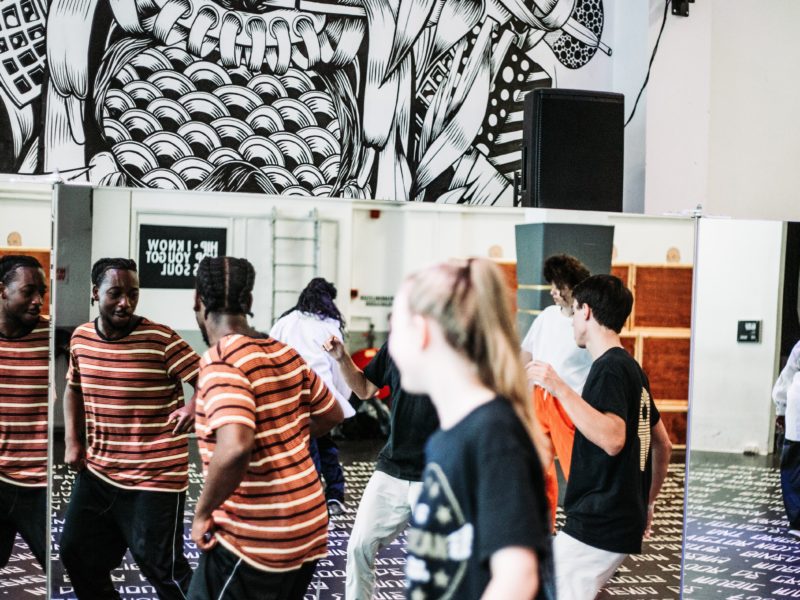 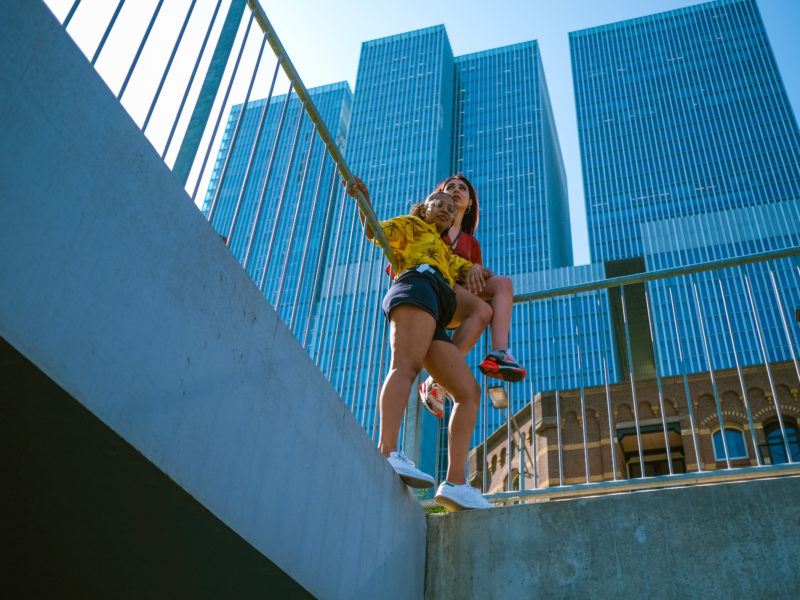