Rotterdam is a rough diamond – unpolished, always shifting boundaries and with a no-nonsense approach. A city to be proud of. Move Over, I’m Next is about the city today; a city with the pride and courage, but also the expertise, panache and metropolitan flair to give its residents wings so they can build purposefully for their future. The residents of Rotterdam are what make this city great, so they deserve to be in the picture.

Putting everyone in the picture

Starting from the idea that everyone needs to be part of the picture, the Rotterdam Make It Happen brand alliance, in collaboration with the Rotterdams Beeldfonds, asked professional photographers to submit a project-based proposition on the theme Move Over, I’m Next. Questions such as ‘What does your project add to the existing image of Rotterdam?’ and ‘How would you like this series of images to be representative for the city?’ were key to this project.

The curators Nicole Robbers, Dirk Jan Visser, Harriet Duurvoort and Abigail Norville selected five photographers: Luis Xertu, Frank Hanswijk, Joost van der Vleuten, Annabel Oosteweeghel and Shehera Grot on the basis of their project proposals. All were given six months to come up with an image of the city they felt was lacking. The result was five superb sets of photos, each of which adds to the existing image of Rotterdam in its own way. If you would like to know more about their underlying thoughts, read on here (side note dutch is spoken in the videos).

What comes to mind when you think of sport in Rotterdam? Teams competing at amateur level? No chance! In his series, Luis Xertu eagerly went in search of the same serenity and aloof standpoint that he found so striking in Pyke Koch’s Scrum III painting. His photographs explore an area in which an individual’s mental focus and intimacy are key and where the dynamic aspect of sports, competition and their rules are ignored.

Rotterdam still has a number of undefined, impermanent zones, also known as ‘terrain vague’. Most people fail to recognise the beauty of this type of marginal area, but situated within an environment that is fully mapped-out, calculated through and through as well as programmed, Frank Hanswijk deploys his series as a plea to cherish them.

Villages on the Meuse

The river Meuse is sometimes seen as the leitmotiv of Rotterdam. Photographer Joost van der Vleuten was inspired by this, and went in search of places near the river, countrified but encapsulated by the city. Joost feels that these villages in particular are characteristic of a fine and special aspect of Rotterdam that usually receives little attention. After all, Rotterdam itself was once a village.

Rotterdam on the move

Rotterdam is never still. Rotterdam is a city on the move, and in her photographic series Annabel Oosteweeghel literally wanted to register that movement. She did so by collaborating with dancers from Rotterdam of various nationalities to portray the dynamic of the city. In this series, the social character of dance, and the strong bond between bystanders and fellow-dancers shows Rotterdam as a city of and for people.

Do it for the Culture

Between them, the photographers have created sixty unique images to enrich the existing view of Rotterdam. The sixty photographs are available for downloaded from the collection below and may be used for two years under the prevailing conditions of the Rotterdam Branding Toolkit. 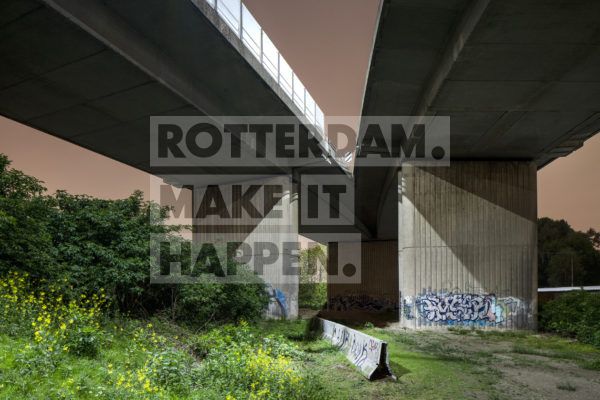 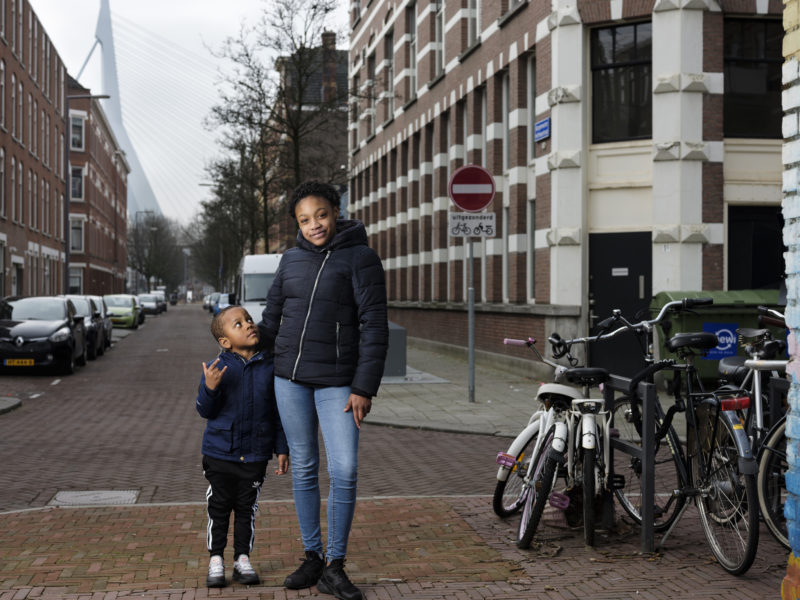 Move Over I’m Next