‘I never expected this’

Victor’s Wedding Design on the Goudsesingel normally makes 75 to 80 wedding dresses a year. But no couples want to get married in these times. Eighty percent of the orders were cancelled due to Corona. From one day to the next, Victor van Westering and his colleagues had nothing to do. ‘It felt like Christmas, but one that went on forever and without the turkey.’ Fortunately, Victor’s mother taught him to keep going, no matter how bleak life seems. Monter: ‘So now we make face masks.’

How do you get from wedding dresses to face masks?

My colleague Janneke gave me the idea. She had said several times that she felt unsafe taking the metro to work. At some point, the penny dropped. I believe in simple and fast, so with one stroke, I sketched a mask. I then made a prototype. After the second attempt, we posted it on Facebook as a do-it-yourself. A gesture for the whole of the Netherlands.

The idea was that people would make the mask themselves, but then orders suddenly started coming in.

‘Yes. Firstly, from individuals who said, “I can’t sew, can you make one for me?” My initial reaction was, “I’m not getting into that. I make wedding dresses. This is crazy.” But a little later I thought: “Why not, I have to earn a living too,” and I went to the fabric wholesaler.’

Then the story was published in the AD and it took off.

‘A customer of mine for whom I made a wedding dress 35 years ago saw the sketch on Facebook. She tipped her colleagues at the AD. Orders poured in after the newspaper article. We have now added the face masks as a second product to our website and are working Corona hard. It’s a good story, isn’t it?’ 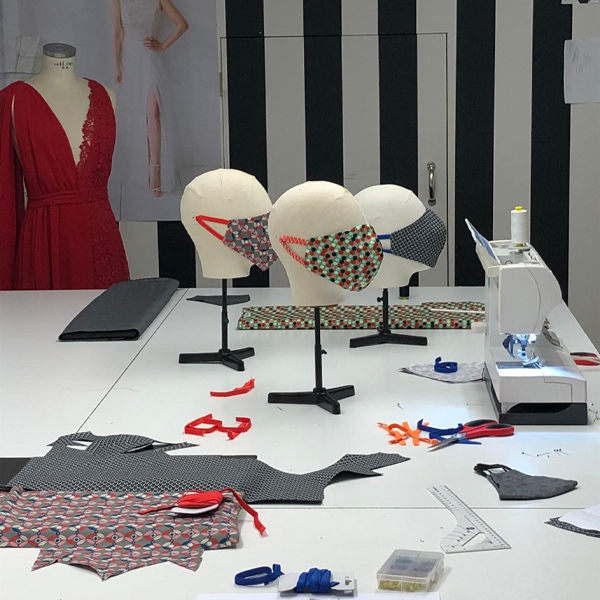 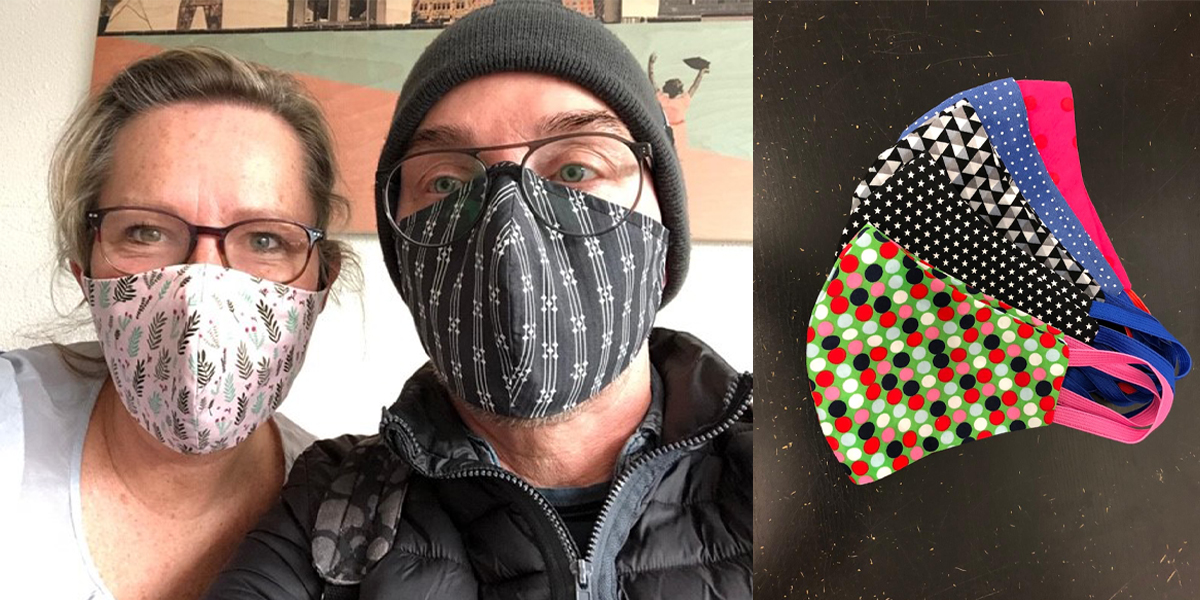 Why do you make masks for citizens and not for people in healthcare?

‘Just to be clear: we make statement masks, not professional surgical masks. There is no special filter in our masks. Our masks are mainly there to say: “I take myself and my fellow human beings seriously. I take responsibility. When I cough or sneeze, I don’t do that in your face.” Surgical masks were provided for the healthcare sector. But civilians had nowhere to go. Now they do.’

What is the effect of wearing a statement mask?

I tested it at the supermarket. First, I went shopping without a mask, and two hours later with one. There was a huge difference. People were startled by the mask, a bit like when they see Sinterklaas: they paused for a moment and then walked around me in a big arc. So, it works.’

Who is ordering masks?

Individuals older than 50 years and, to my surprise, also companies. For example, we are now making face masks for FORS security guards. They protect many healthcare institutions and use the masks to show that they also take this aspect of safety seriously. And I get orders from hair salons and nail salons. They say: ‘I don’t need them now, but later I would like to have face masks with my logo.’ We are now working on a partnership with print company Dido Bedrukking on the Nieuwe Binnenweg. We advise the customer on the print and design and make the basic masks, and Dido can then print on them.’

‘Yes, very. I never expected this. It’s great. If this continues, that dream island in Tahiti will still be within reach, haha. No, I’ll be happy when I can eat a pile of pancakes outside again.’