The founders of Spraakuhloos make simulated squash moves to each other on the stage of the Oude Luxor theater in Rotterdam. Why? Because squash is the sport that brought them together at an early age. More recently they have been providing an arena for upcoming and established national and international artists at various venues in Rotterdam now for 8 years. Their public is so wide and diverse that it earned them the Doro Siebel award, which made even them speechless for a moment; after all, their public consisted of their followers. No more, no less.

The two founders of Spraakuhloos first met at the SV Victoria squash club in Rotterdam. Says business director Garryl Tjon Poen Gie (33): ‘We were 11 and 9 years old’. Artistic director Tomáš de Paauw (31) adds: ‘With a height of 1.25 and 1.22 metres respectively’. They sit next to each other, one on a tall cushion and the other on a bench, in the Oude Luxor in Rotterdam. On the 30th of September they will be celebrating the 8th anniversary of the spoken word festival Spraakuhloos jublileumfestival in the large auditorium of the Luxor.

With their annual 3-day Tell’em festival, the podcast Wat Zeggie?!, multiple workshops and an open stage they raise the profile of spoken word artists and provide them with a safe stage; a ‘safe space’. Their ambition is to change the perception of spoken-word art within the world of art and culture from elitist and theatrical to raw, pure, Rotterdam-style, personal and renewing. At the same time, they hope to achieve a better reflection of the city of Rotterdam and Dutch society within the cultural sector.

Both men played squash at the top international level. They travelled a great deal, which inspired them to start a travelling open stage in 2014. But the path which led to this initiative was different for each of them. Garryl withdrew from his squash career when he was 18 and began his ICT studies at the Albeda College in Rotterdam. In keeping with his maxim: ‘I always look for and select things that make me happy’ and to complement his education, he subscribed to the higher vocational education Media and entertainment management at Hogeschool InHolland.

Tomáš’s squash ambition took him further: ‘I wanted to be number one’. And he succeeded, because he was the Dutch youth champion three times. He entered European championships, as well as a world championship in Ecuador, as a junior, and secured a wild card for the senior world championship in Rotterdam. The main tournament of this championship was held in the Nieuwe Luxor in Rotterdam: ‘That’s when I realised that you can do more things in a theatre.’ During this World Cup in Rotterdam, Tomás finished his squash career in the New Luxor Theater, not yet knowing that another career would bring him back here.

While Garryl preferred to pursue his education after his squash career, Tomáš took up writing. He started by writing messages to his new romantic partner in Ecuador: ‘After that, I became broken-hearted writing texts, because that love had fallen flat’. Eventually, he recited the texts during Poetry Circle 010 in the HipHopHuis. How this happened? Through Dutch-Iranian artist Sevdaliza. After that, I travelled to Los Angeles for a song writing course. I found that I kept on using my texts as the bridge, and that, sung in close harmony, they lend a spoken-word touch.’

The two men kept in touch, even though they no longer played squash together. In 2014 Garryl and Tomáš met another squash fan who owned the Otto Hahn pub in Ommoord. This became their first location for the travelling open stage, their first event. During that period, Irwin Ment also invited the two friends for Innerviewer in Bird. Tomáš: ‘He asked us to come up with an artistically-underpinned 15-minute programme, but we didn’t have a name. I suggested ‘Spraakuhloos’ to Garryl; after all, the audience should be left speechless by their experience of the performances’. Garryl reacts with a smile: ‘I thought it was a funny name; it looks bizarre. Then it turned out that Tomáš and his Czech mother were used to writing phonetically’.

Following the successful pilots in Bird and the squash friend’s pub, the duo now organise annual festivals featuring the disciplines of spoken word, prose, storytelling and rap. In 2017, they were honoured with the Doro Siebel award, a prize awarded to a Rotterdam cultural organisation or person making efforts to attract new audiences. The jury stated that the festival enhanced the visibility of spoken word, as well as attracting a wider audience than the purely literary public. Both men were surprised by this award, because inclusivity and diversity within art and culture come so naturally to them that they don’t have to think about it.

In 2020, Garryl and Tomáš were included in the 2021- 2024 Culture Plan to facilitate the growth of Spraakuhloos for, and especially with, artists. Tomáš: ‘We are helping people to make their artistic voyage. This is a virtuous circle, with artists becoming teachers who train new artists etc. What else is left to be desired? “In addition to facilitating stages, we will guide artists more personally. Whether it concerns a book, a theater show or starting up their own foundation.’ But they are first looking forward to their anniversary edition and take turns asking: ‘Are you coming?” 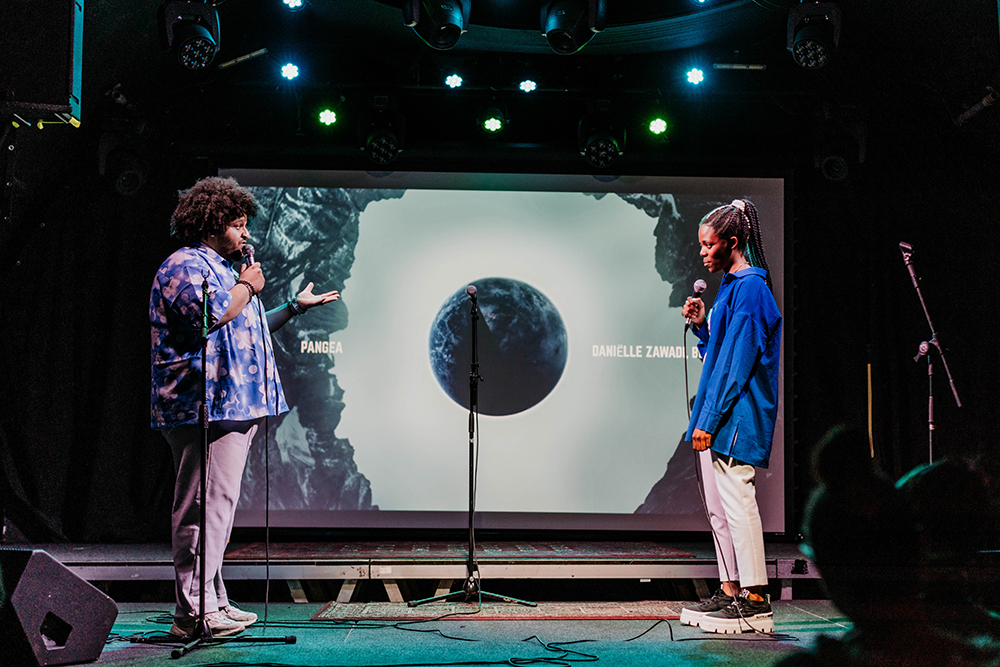 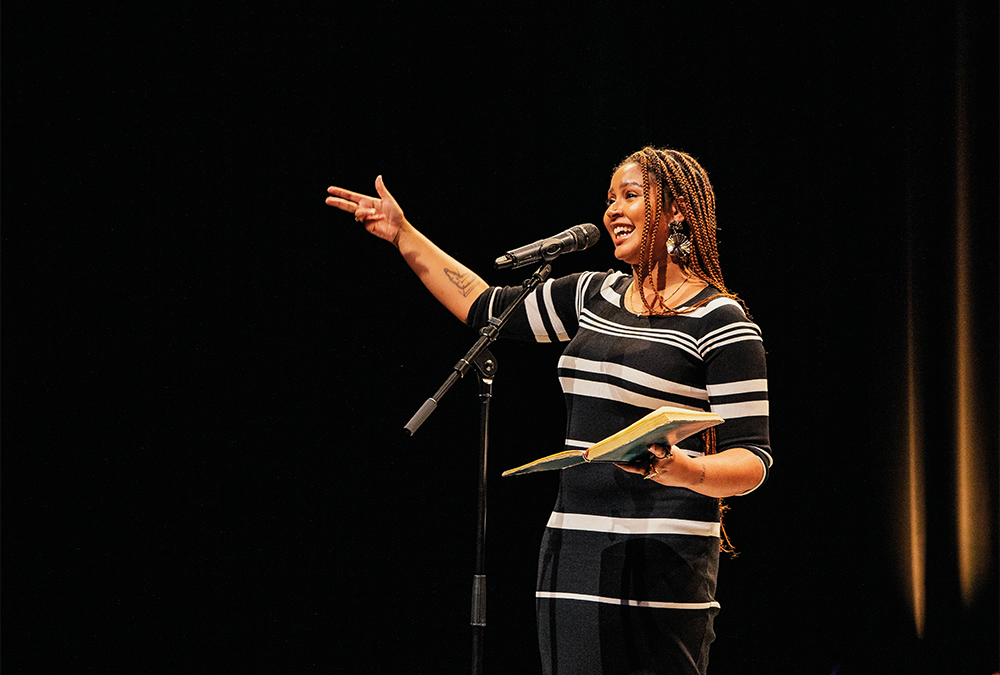