Resources on this platform are updated frequently. Check the Terms and Conditions before downloading.
Dutch English
Plastic waste is a big problem. Enormous piles of floating plastic in our oceans, drifting waste in our rivers, on our beaches and in our ports… It is enough to make one sad. Is there anything we can do about it? ‘Yes!’ is Ramon Knoester’s answer. With CLEAR RIVERS * Ramon collects plastic waste from the river Maas and its quays in and around Rotterdam and makes sure these plastics never reach the oceans. And what’s more, he turns the waste into a floating park in the Rijnhaven in Rotterdam. We are all familiar with the worldwide plastic issue. Fortunately every day more and more people understand that this is a really big problem and the tide is turning in favor of taking action and doing something about it. Just a few years ago however, this wasn’t the case. ‘What kind of world do I want to pass onto my children?’ Ramon Knoester, architect and founder of the Recycled Park in the Rijnhaven in Rotterdam asked himself. ‘One without the plastics problem’ was his answer.

Plastics in the river Maas

As a Rotterdam based architect and entrepreneur Ramon experienced first-hand that floating plastic waste is indeed also a problem in his own city. The river Maas, the inner-city harbors, the quays… they were regularly littered with many plastic bottles, bottle caps, disposable cutleries, parts of toys, foam products, plastic bags and many more types of plastic waste. A realization set in that he wanted to act and do something about it. ‘I never had any illusion that I would solve the global plastics problem. But I did want to do something about it, take action. Tackle the problem instead of just talking about how bad it all was. And where better than in my own city of Rotterdam!’ And so the first steps were taken on a road that would lead to the Recycled Park. A global way of tackling a global issue. [caption id="attachment_22151" align="aligncenter" width="800"] 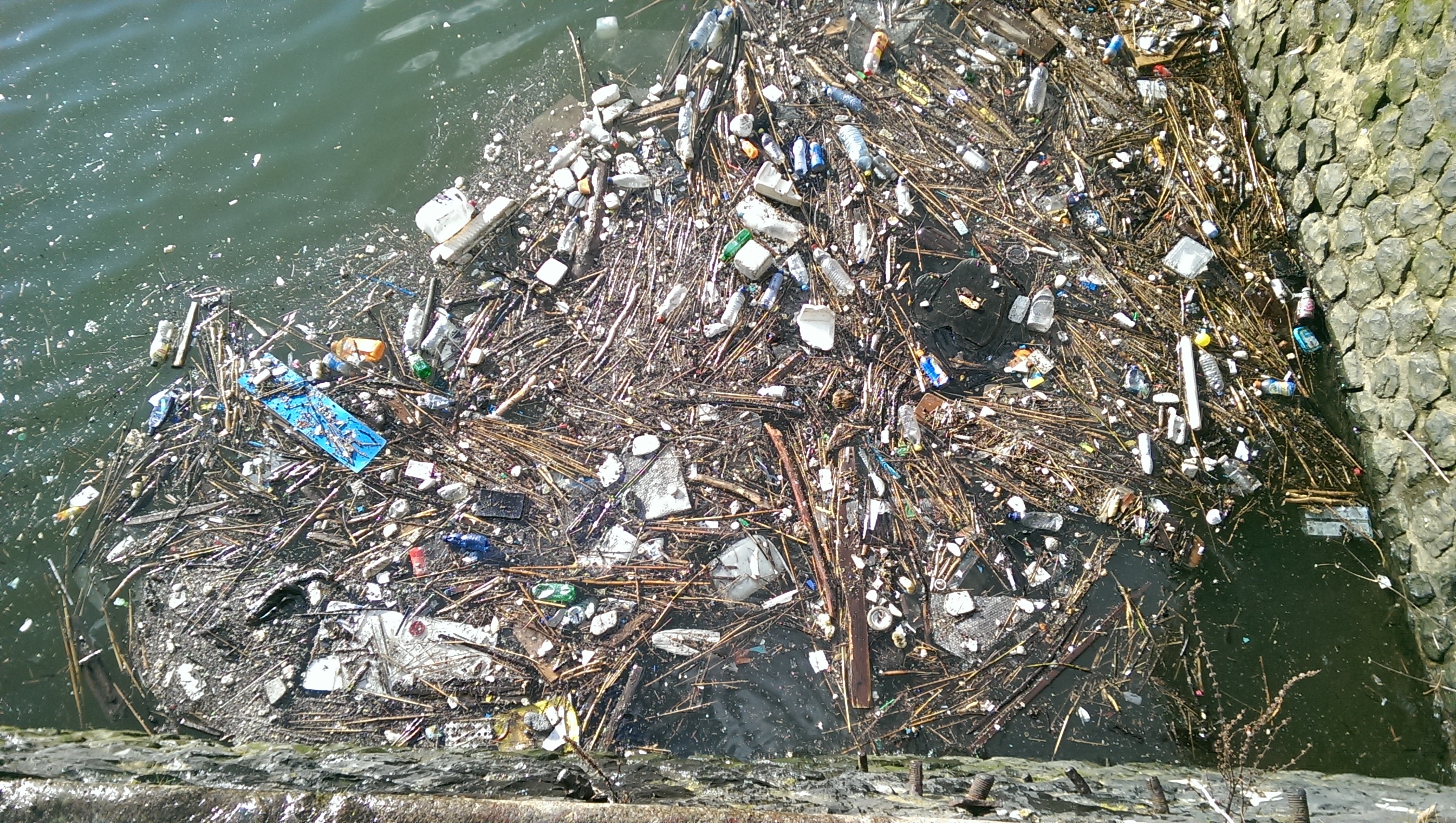 So what is CLEAR RIVERS and the Recycled Park, how does it work? The basic principle is that plastic waste materials are collected or ‘harvested’ from the river and quays. Consequently, from these waste materials reusable plastics are separated and recycled into building blocks which are the base material for a floating park. ‘This concept has been developed over time and we have had much help and input from other people and organizations, like Delft University of Technology, a plastics processing company, the City of Rotterdam, the Rotterdam University of Applied Sciences, Rijkswaterstaat, Better Future Factory and many more. We made prototypes, tested them and that’s how the ball started rolling.’

The city and the people of Rotterdam proved to be receptive for the CLEAR RIVERS concept . The municipality helped with the necessary permits, there was support from the Rotterdam Circulair programme, and many individuals and organizations showed their enthusiasm and wanted to be an active part of the project. ‘Every month we go to a different quay in Rotterdam with a group of volunteers and collect the plastic waste materials.’ [caption id="attachment_22152" align="aligncenter" width="800"] 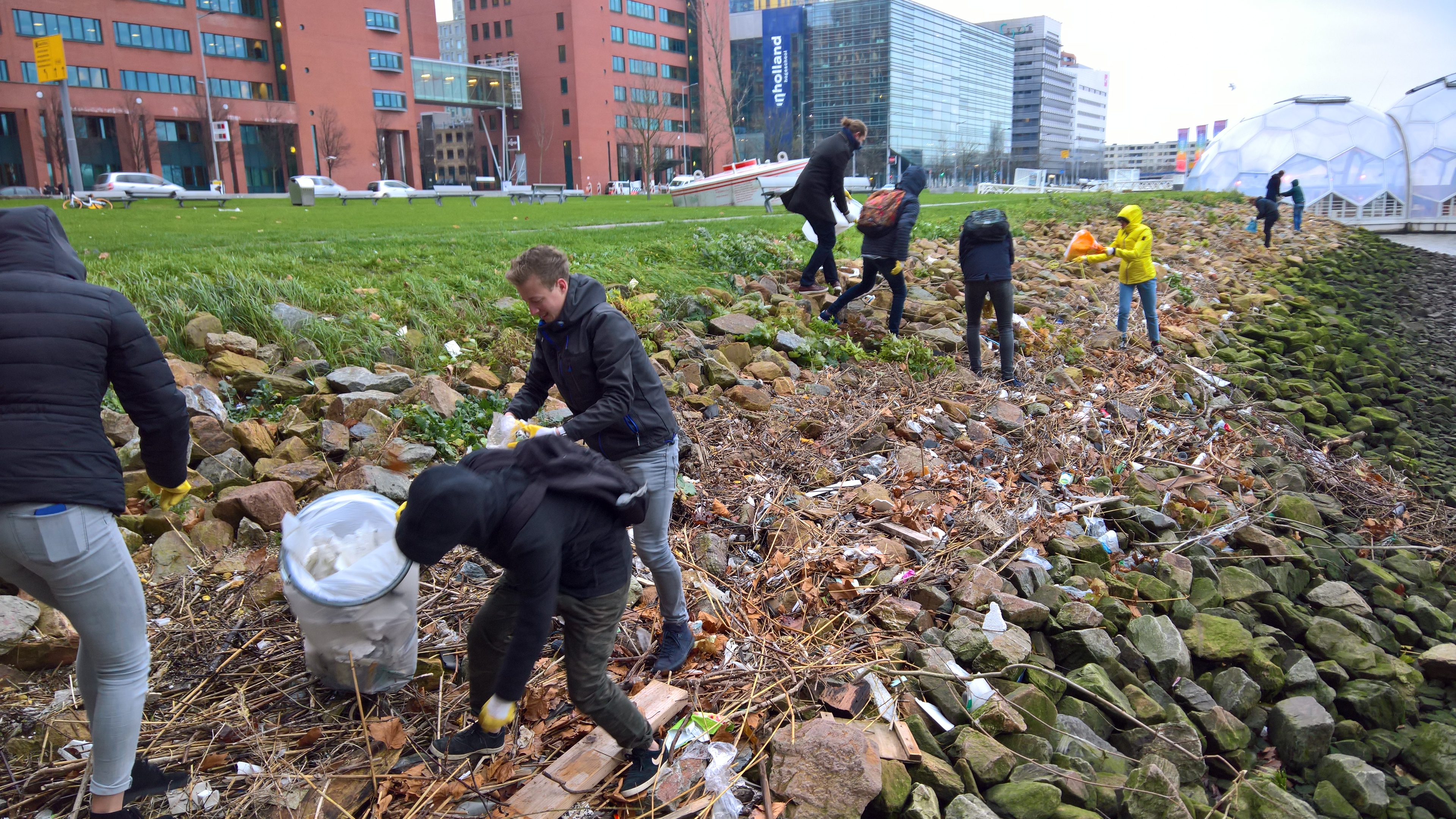 Volunteers collecting plastic waste materials from a river bank[/caption] Besides the ‘plastic picking’ sessions with the volunteers, CLEAR RIVERS also collects plastic from the river Maas by way of three plastic catchers litter traps. These traps were specially designed and developed over a period of approximately 1.5 years and were thoroughly tested, monitored and optimized. The litter traps float in specific spots in the river and ‘catch’ garbage using the tides and flow of the river.

The first phase of the Recycled Park (app. 140m2) was officially opened in July of 2018, marking an important step in the project. But the park is not finished yet, Ramon explains. ‘The park will grow over time. We will continue collecting plastic waste materials from the rivers and quays and we will also keep on developing the technology behind it. The global plastics problem will not be solved by us, but through this project we can make people more aware on a local and national scale. We show them that something can be done and that we all need to step up and take action.  It makes me proud and thankful that I can do this in my home city of Rotterdam.’ [caption id="attachment_22150" align="aligncenter" width="800"] 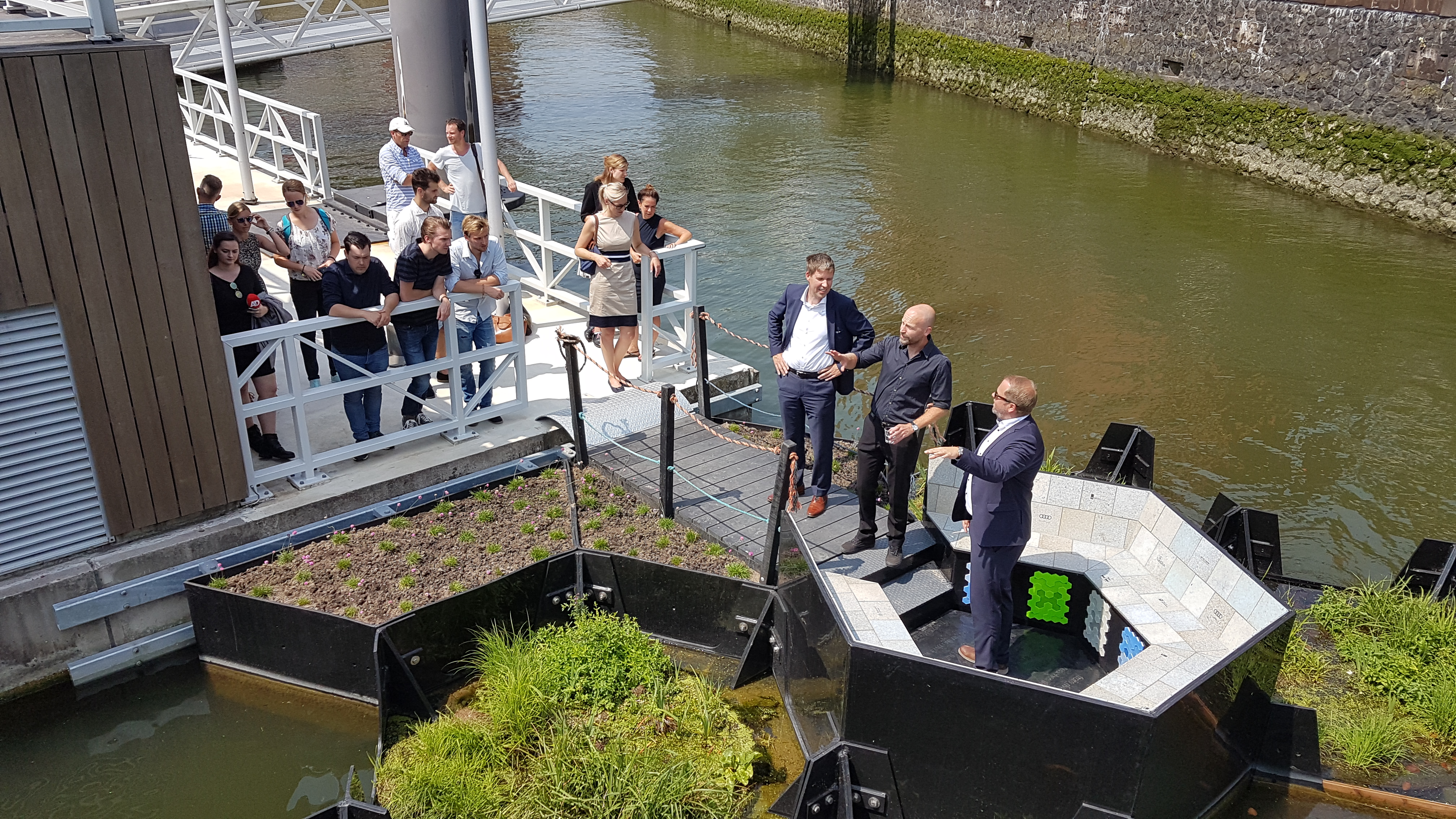