‘When it became clear that the building was going to be something out of the ordinary, it aroused a great deal of interest in Rotterdam. I would see people standing next to the building site all the time, even when there was still hardly anything to be seen. I was struck then by the thought that the building was destined to be more famous than we, as an architectural bureau, were and I felt we had to do something with it’.

CITY AS SOURCE OF INSPIRATION

Jan Knikker is both a partner in MVRDV and the studio director for Strategy & Development. The architectural bureau Maas, Van Rijs & De Vries – MVRDV for short – was started in Rotterdam in 1991. Apart from the fact that the presence of Rem Koolhaas and his OMA bureau had prompted the architects to set up an office in Rotterdam, the city was already a source of inspiration at the time. Jan: ‘Walking through the city, architects are inspired to develop new ideas. Rotterdam is a city with a very clear, individual and recognisable grid; a city that now features quite a few of our own projects’.

MVRDV owes some of these projects to the brand awareness it has achieved by designing the Markthal. This Rotterdam icon has ensured that as a bureau MVRDV has quadrupled in size! When the Markthal was commissioned in 2014, prospects were bright; the economy was picking up, we were enjoying huge media exposure thanks to the opening by queen Máxima, and all around the world people could see that buildings such as the Markthal were technically and financially feasible. All of this yielded a lot of new work for us, and at the bureau we call this The Markthal Effect’. 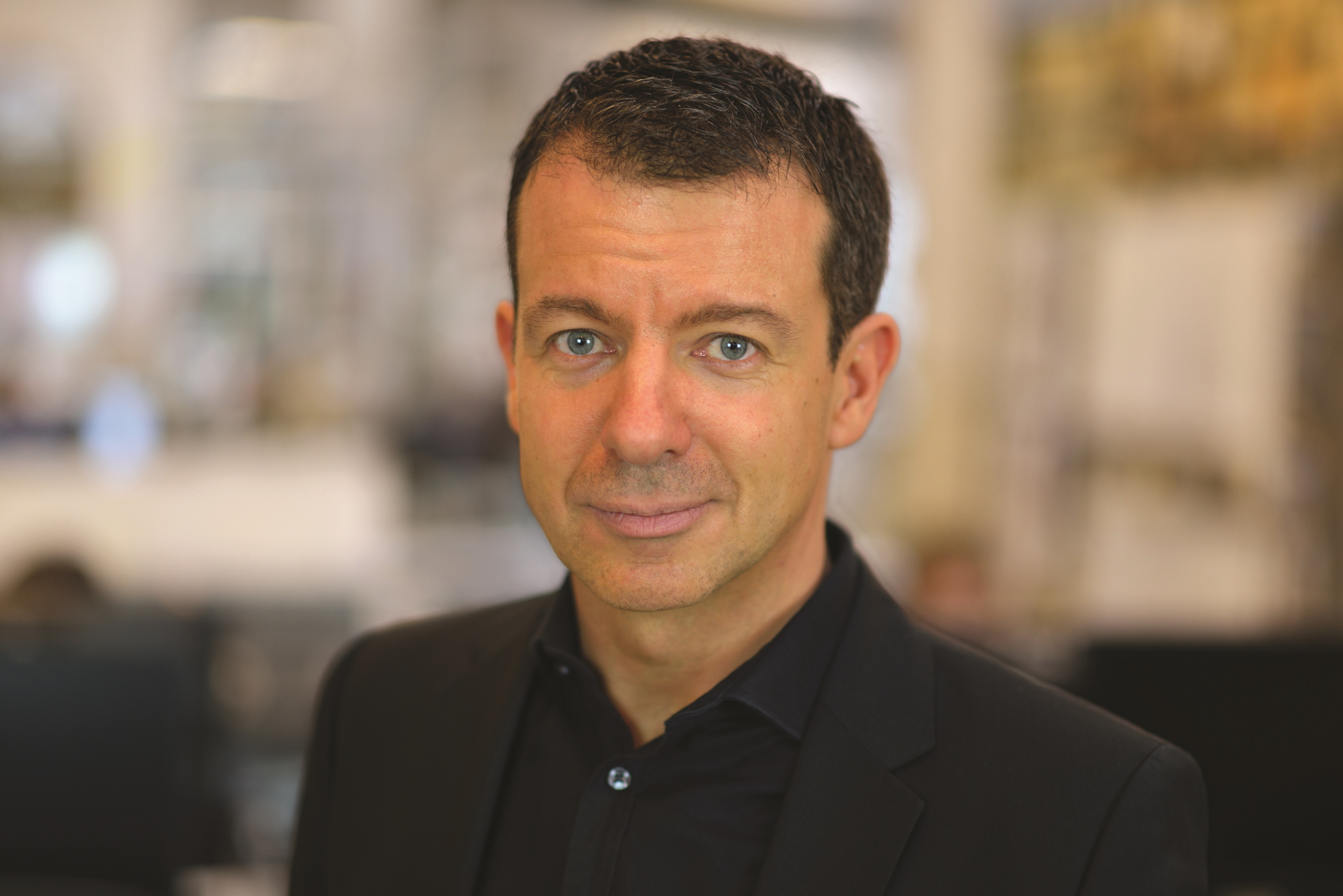 Jan Knikker. Photo: Allard van der HoekChristie van der Linden, Marketing & Communication Manager, also refers to The Markthal Effect. ‘The Markthal is still a topical highlight. It’s not just a splendid building; it is also a work of art. There’s the Horn of Plenty’ by Arno Coenen and Iris Roskam, the wow effect, and the entrepreneurs who know how to entice visitors with their delicious products. The Markthal is a food hotspot in Rotterdam that is also known all over the world’.

In order to generate publicity around the Markthal, MVRDV used the slogan ‘You can go faster alone, but you will get further together’. Jan: ‘As a fairly small architectural bureau with limited resources, it was clear to us that it would be best to collaborate with Rotterdam Partners, the Municipality of Rotterdam, Corio and, of course, Provast. A core team was set up for media and publicity, which was joined by the rest of the building team. We set up an awesome organisation through perfect team work. In the first few weeks, we generated something like 800 news items which left the Markthal with lasting renown, in Rotterdam as well as at a national and international level’.

All of this ensured that the Markthal became a real magnet in Rotterdam. Says Jan: ‘The prospect of a delicious treat, attracted tourists who then found themselves in a lively city that had been renewing itself for years, almost without being noticed, rather than in a rather unattractive version of a website. They came for the market hall and then noticed that the rest of Rotterdam was just as interesting; something which came as a big surprise to many visitors’. Christie feels that Rotterdam and the Markthal are inextricably intertwined: ‘An intriguing 5th anniversary; many people have had their say about the Markthal. Everybody is watching. Any marriage is hard work, and that applies to the Markthal too. Fine words butter no parsnips! A can do mentality. Make It Happen’.

Great efforts are currently being made on the next Rotterdam icon – also designed by MVRDV – the Boijmans Van Beuningen Depot. Although the bureau is once again in collaboration with the same partners, such as the Rotterdam City Council and Rotterdam Partners, this time is different simply because the building itself is so different. ‘It’s a vault in which 151,000 art objects will be stored, so access alone is a challenge in its own right. I am sure that many of Rotterdam’s citizens will be truly delighted by the freely accessible roof, which will command a superb view of the city and give back, as it were, a piece of the park that has been lost at ground level. Right now, 75 beech trees are being specially grown for the roof garden. Just like the Markthal, the Museum depot will be another first of its kind for Rotterdam. Whereas the Markthal was the first combination of a residential site and a market place, the city will now feature the first well-nigh fully accessible art depot in the world; 95% of the premises will be open to the public’.

Rotterdam is a city full of architectural firsts. A city where the question may soon be heard: ‘Excuse me, could you please tell me how to get to the Markthal and the Boijmans Van Beuningen Depot?’ 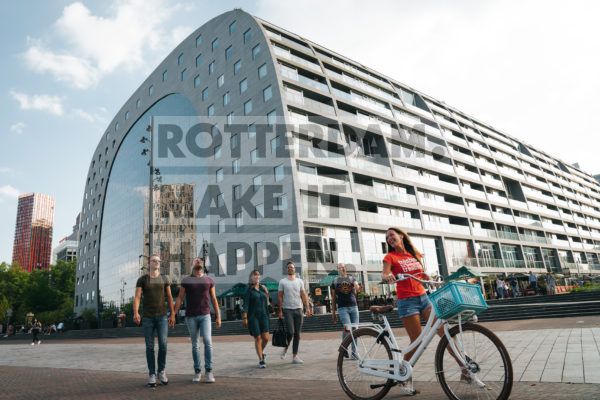 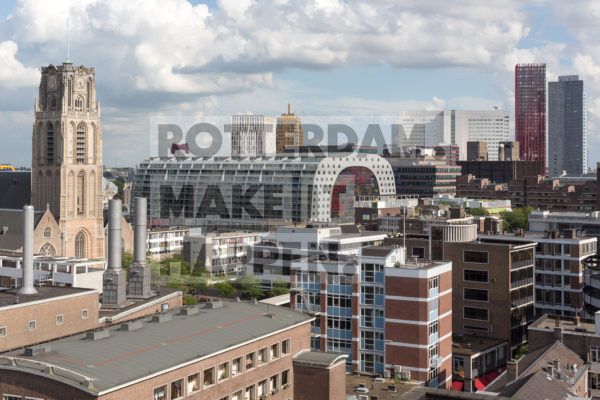 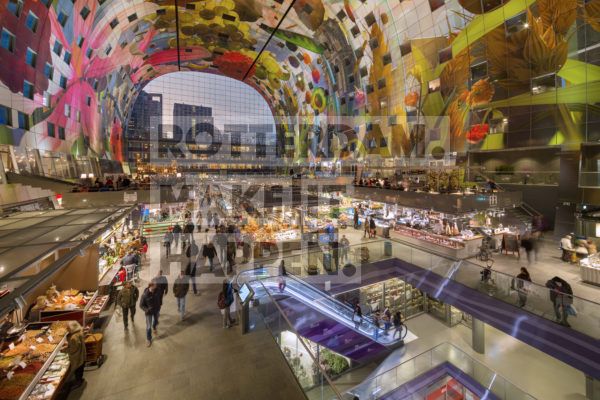 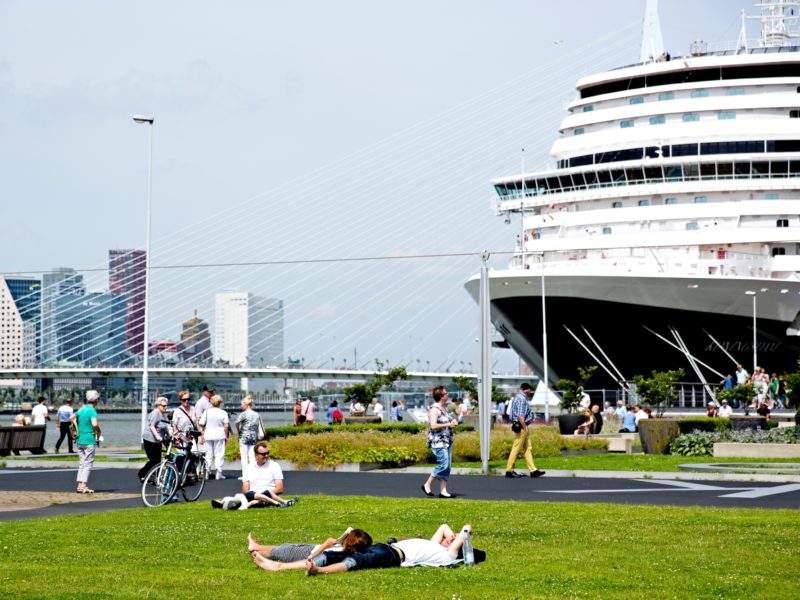 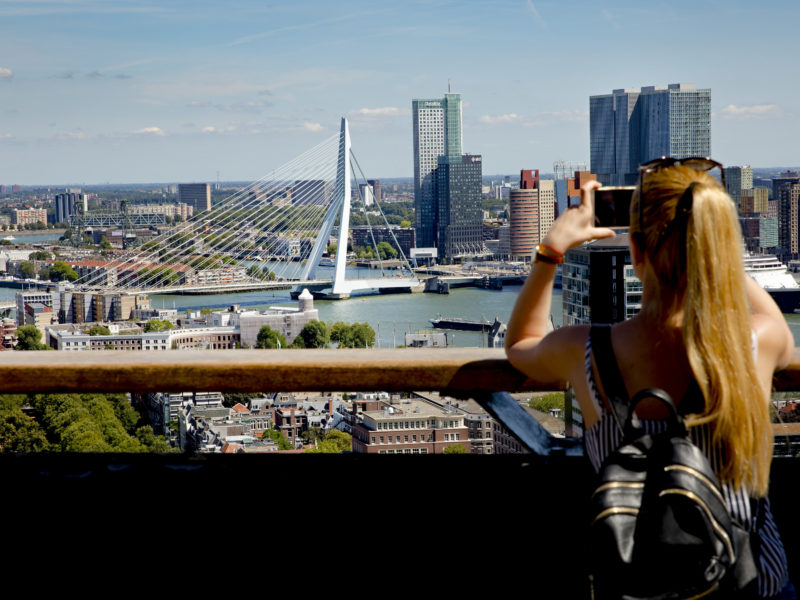